Oklahoma’s medical cannabis program has been growing since its medicinal use was legalized. According to the statistics published recently by the Oklahoma Medical Marijuana Authority (OMMA), out of the 151, 479 patient applications, 146, 381 was approved this 2019—almost 3% of the entire population in Oklahoma. It’s noteworthy how the number of patients who were approved doubled within the mere span of four months.

Based on the staggering number of residents registered in the program, it’s not surprising to hear about the demand for high-quality medical cannabis in Tulsa and its neighboring cities. Now that it has found its way back to the public, legally, patients who could not find relief from the medicines available in the market seek for medical marijuana to treat their ailments.

Admittedly, most people knew of it for its recreational use, but only a few were aware that its medicinal properties had been used since ancient times. The period before it was deemed legal in individual states re-opened the conversation about its medical use. More and more people are becoming aware of this alternative route to recovery. The stigma surrounding it is losing its grip in the US.

Along with the integration of medical marijuana in modern medicine, anther noteworthy matter is the rise of herbal and animal-derived remedies in the market. From supplements to skincare, many are merging age-old ingredients and modern science to create new products.

Honey is not the only product produced by bees; there’s also propolis. Propolis is a compound made from the combination of sap found on trees and the beeswax used by bees as a coating for their hive. In ancient civilizations, propolis was used because of its medicinal properties. The Greeks, for example, utilized its effects to treat abscesses, while the Assyrians, on the other hand, applied it as a topical treatment for wounds to avoid infection. There are also records of it stating that it was used for wounds to heal faster.

Nowadays, it is used in skincare to treat pimples, ulcers, burns, neurodegenerative diseases, as well as laryngological and gynecological problems.

Hippocrates reportedly recommended snail slime as a remedy for inflamed skin. Now, the mucin from the common garden snail is a popular ingredient among Korean beauty products. Putting it on your face is not the most appealing thought, but the mucin is composed of ingredients like hyaluronic acid, glycolic acid, and glycoproteins—all of which have skin benefits.

It is not surprising to see an entire skincare line dedicated to snail mucin. From serums to eye creams, it is the new power ingredient among skincare fans.

The first documented use of activated charcoal was in 3750 BC when Egyptians used it to create bronze. As for its medicinal use, they used it to treat intestinal ailments. However, it was in 50 AD when its use was explored further by Hippocrates and Pliny, who then used it as a treatment for epilepsy, chlorosis, and vertigo. In modern medicine, people are more familiar with it as the treatment for an overdose in emergency rooms.

Used mostly in cleansers and masks, activated charcoal is the go-to ingredient of people who want to purify their skin from oil and make-up residue. 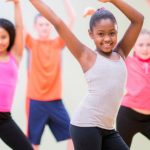 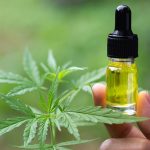 How CBD Oil Is Made 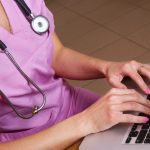 The way to select the very best Online Healthcare Degree 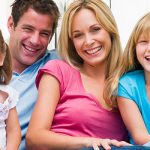 How Important is Radon Testing to Your Family’s Health?