Steel and the Human-Made Wonders in Construction 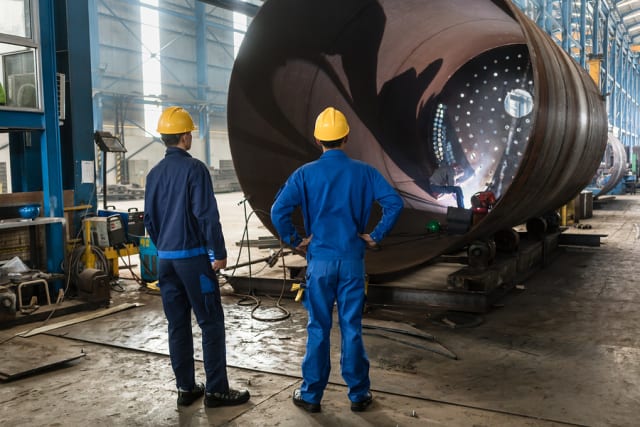 Metal production has made it possible for humankind to create materials that are adaptable to various applications. Metals are produced mainly to make our day-to-day lives convenient as they are a component of almost anything that we use. Steel, for instance, is a common material produced from metals used in many projects and everyday things.

Ancient civilizations have used steel to wield armors and weapons. Nowadays, steel is made up of an alloy of carbon and iron, which makes it stronger than most non-alloy metals. Steel is the most widely used material for infrastructures and various industries. The worldwide raw steel production in 2013 reached as much as 1.6 billion tons, in comparison to aluminum produced, which was about 47 million tons. The demand for steel is massive because there are tons of ways to use it other than for building infrastructure.

The versatility of steel made it possible for us to have metal cutlery, kitchen implements, cars, sewing needles, and even tankers. These things make our life more comfortable and without steel, construction industries might not exist. Construction of buildings requires fabricated steel for foundations and rebars. Sheet steel for sale by suppliers can also be used for cladding in buildings. Moreover, sheet steel can also be used by other industries, such as for the manufacturing of cars and ships.

Steel has various applications at home and in any industry. Several engineering feats showcases the strength and the ability of steel.

Here are some of the modern human-made structures that use steel:

The Millau Viaduct breaks the record of the tallest cable-stayed road bridge. It is a long-suspended road bridge that spans across the River Tarn valley in southern France. The structure was made of steel and concrete, which took four years to complete from October 16, 2001, to December 16, 2004. The viaduct was created to alleviate the heavy traffic that causes congestion during the summer, and to reduce the travel time. The area was a general route to reach Spain from Paris and vice versa.

The national stadium in Beijing was constructed for the 2008 Olympic Games and Paralympics. The stadium holds the record for being the world’s most massive steel structure. The stadium was designed by architects Jacques Herzog and Pierre de Meuron. Its outer steel frame weighs 42,000 tons, and there are also 26 miles of steel used in the weaved pattern in the exterior.

The Channel Tunnel is a 32-mile underwater rail tunnel that links the countries of France and England. Built beneath the English Channel, the tunnel took several years between 1988 to 1994 before it was finished. The tunnel has a system of three tubes that has trains reaching a speed of 100 miles per hour, making the trip between the two cities to only take 20 minutes in travel time.

These are only a few of the engineering marvels that uses steel in construction. Steel is an ever-present material that we should appreciate more for making our lives better. No doubt that there will be a brighter future for humankind because of the developments that use steel.

Metal production has made it possible for humankind to create materials that are adaptable to various applications. Metals are produced mainly to make our day-to-day lives convenient as they are a component of almost anything that we use. Steel, for instance, is a common material produced from metals used in…